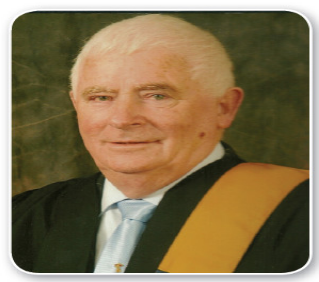 The term “active ageing” is widely used by the World Health Organisation and the European Commission. Although it can be used in a somewhat superficial, tokenistic way, in essence, the term “active ageing” means the right of older people to equality – it denotes involvement in society to the maximum extent possible (intellectually, politically, socially, economically) according to each individual’s capacity .The World Health Organisation, which promotes the Global Movement on active ageing defines the term as “the capacity of people as they grow older to lead productive and healthy lives in their families, societies and economies.”

At present in Ireland95% of people over the age of 65 live at home in their own community. To retain this balance it makes sense economically and health wise to invest in the education, health and recreation of older people.

The primary goal of the Bishopstown Senior Social Centre since its inception has been to actively engage and provide vitally needed services for the older population in the Bishopstown / Wilton area.

Over the last 10 years the centre has grown to become not only the hub for education, fitness and social activities in the Bishopstown / Wilton area, but it has also been recognized nationally as a blueprint for how a senior social centre should be developed within the community.

We have been the recipient of many awards and plaudits over the years but no words of mine could adequately describe the palpable sense of energy and positivity that radiates throughout Wilton Park House each and every day. In fact, there is not a day goes by when the members of our centre do not overturn many of the myths that exist about our older generation.

None of this would have been possible without the vision and commitment of our founding committee and the Health Service Executive (HSE). I would also like to take this opportunity to acknowledge the manner in which local businesses, schools, community organizations and local residents have become actively involved in the running and promotion of the centre.

The philosophy of the Bishopstown Senior Social Centre has always been one of inclusiveness and this idea is best captured by the following wise words.

Finally I would like to thank all the current and past members of the centre for their continued support and for making the Bishopstown Senior Social Centre the success that it is today.

Age is only a number, a cipher for the records. A man can’t retire his experience. He must use it. Experience achieves more with less energy and time. – Bernard Baruch