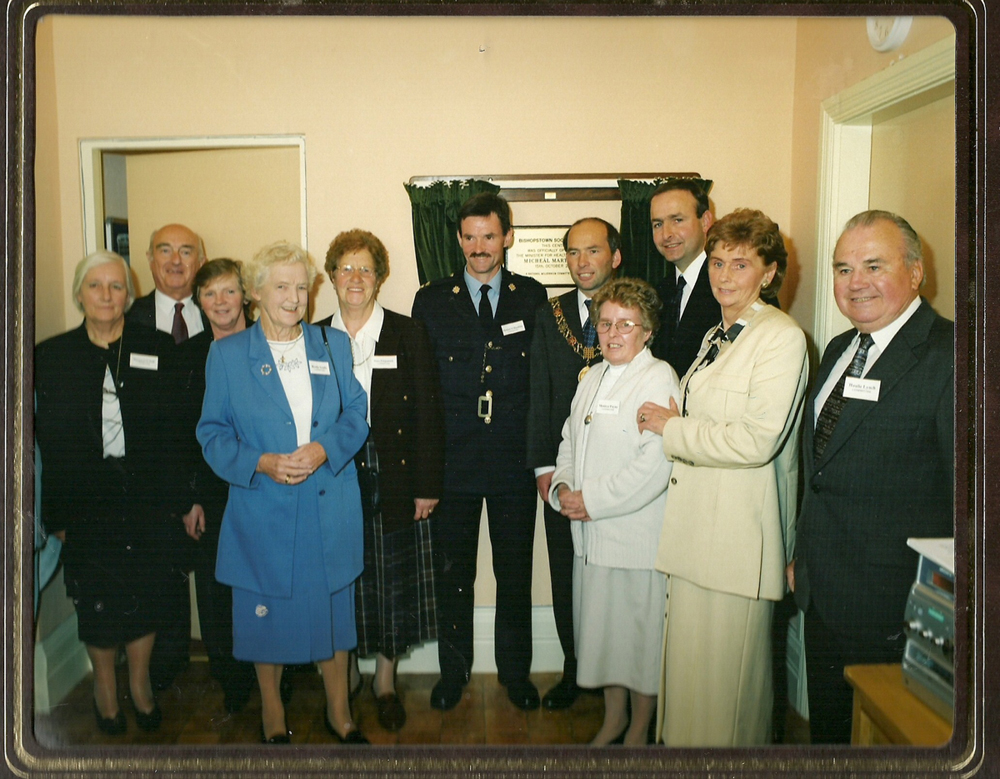 The Bishopstown Senior Social Centre at Wilton Park House, Bishopstown was officially opened on the 15th October 2001 by the then Minister for Health and Children, Micheal Martin T.D. Ten years later the Centre has gone from strength to strength. While remaining true to its core values and the objectives that were identified in those early days, the Centre has developed and expanded its services.

This report aims to chart the establishment, development and continuing evolution of the Centre from its earliest conception to the present time. The development, planning and preparation of the document has involved a process of consultation and engagement with the members of the Centre. It is hoped that the report accurately reflects their views, opinions and experiences of the Centre, its work and their place in it.

While the Centre opened its doors in 2001, the idea of such a Centre had been in the minds of a number of people in the area for years prior to that, people like Nora Fitzpatrick and Breda Scully. The opening of the Centre was for them the culmination of years of hope, work and planning. Over the course of the intervening ten years the Centre has developed and grown, establishing itself firmly in the Bishopstown area, providing a focal point for many of the older people in the locality while meeting its stated intention of providing ‘social, educational and recreational opportunities for older people in the wider Bishopstown area’. While the Centre started out with a wholly voluntary effort it soon became apparent that it would be necessary to employ some professional support as the demand for our services grew. Initially this need for added support was met by the employment of a support person through the Community Employment Scheme. Although this met the initial demand the expanding Centre was putting tremendous pressure on the volunteers and in late 2002 a part-time professional Co-ordinator, Roger Coughlan, was employed following a recruitment process. This process was fully supported and funded by the Southern Health Board (now HSE South) Community Work department.

The introduction of Roger as the co-ordinator heralded a period of expansion and growth as new programmes were developed and new sources of funding and support were identified. This also entailed the employment of tutors, with support from the City of Cork VEC, to deliver the growing range of activities and opportunities.

One programme in particular ‘Computers for the Petrified’, epitomised what the Centre was about. Delivered by Michael O’Connor, this programme offered older people the opportunity to learn about and become comfortable with using computers and modern information technology at their own pace. The programme was an immediate success and demand for places on the programme continues to outstrip supply and there is always a waiting list for places.

The Centre also became renowned for its parties and outings. The best known parties are at Christmas and Summer, but there are many other celebrations during the year. The members have also travelled far and wide on outings from the Centre. A key development in this area was the establishment of links with Hibernian Insurance (now Aviva) through the ‘Business in the Community’ scheme, which meant that staff from the company gave voluntarily of their time and also provided some financial support. They particularly supported the parties and outings.

The Centre has also become involved in a number of projects involving collaboration with other agencies and  organisations. An example of this was the production of the documentary film Bishopstown – perspethe past, an eye to the future in 2008.

This very successful film was the result of a collaboration between the Bishopstown Senior Social Centre, Frameworks Films and the wider Bishopstown Community, supported by the Sound and Vision Scheme of the Broadcasting Commission of Ireland, the Community Work department of the HSE (South Lee), The Arts Council and Cork City Council. As the Centre developed and the impact of its work in the community became evident, many links and networks were established with other groups and organisations, local regional and national. The Centre was the recipient of a number of prestigious awards in recognition of this work. These included awards in the Cork

Lord Mayor’s Community and Voluntary Awards in 2004 and 2009, and also an award in the Co-operationIreland Pride of Place Awards 2009.

Ten years have passed. The time has flown. The Centre has grown and developed. In a changing Bishopstown, where the numbers of older people in the community continue to expand, the need for a centre such as this is greater than ever. The Centre has demonstrated its ability to respond to the needs and demands of the members, developing new programmes and services to meet demand. The passing of time is also tinged with sadness, as an inevitable part of working with older people in particular, is the reality of death. A number of our members have died. However their passing is always treated with dignity and their memory cherished.

They may be gone but they are not forgotten and there are a host of photographic and video-film recordings of various events, outings and celebrations.

Great credit must also afforded to Micheal O’hAodain for his trojan work throughout the years.